“I hate videos. If you wanted to torture me you’d tie me down and force me to watch our first five videos…The first time we’d just made a record and we were all excited and some a–hole decides we’re going to make a video for ‘Runaway.’ So instead of making it about what the song’s about, he decides to put a concept to it with his little niece in it. It’s the worst piece of shit I ever saw in my life. There’s a girl with like fire coming out of her eyes.” — The Jovi, SPIN, 1987

Listen. If “Runaway” had been about what the song is about, it would have been a standard, boring video about a girl leaving a rough home and finding the big city isn’t what she thought. Even by 1984 standards, it’s hardly inventive.

“Runaway” the video is so much more.

It’s like if the director watched all the videos we’ve looked at before with a checklist. How can I elevate this song past its lyrical content? Post-apocalyptic wasteland? Check. Confusing dancing? Check. Magical children? CHEEEECK.

And the only way to package this message is to put the Jovi himself in lavender leather pants. His hatred of it is a little sad because the storytelling is kind of incredible. 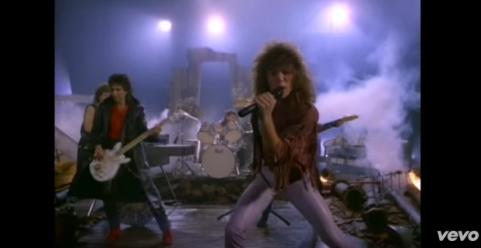 Fire. A filing cabinet reading “radiation exposure” because apparently we aren’t keeping this shit a secret. A nuclear accident. Fallout victims. And our heroine, Elena, standing in the fog, seeing her parents reflected back to her as Bon Jovi. And it all becomes clear:

The radiation has turned Elena’s two parents into five happy rockers from New Jersey and she must go on a quest to reunite with them, using her firepowers. I’m sorry, but in what universe is this a subpar concept? 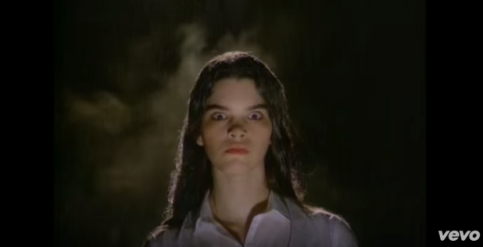 Not only that, but this video has EVERYTHING. Scene stealer David Bryan on the keys as the one guy who is so much happier than everybody else (which is an amazing feat in such an affable band):

I wish I loved anything as much as David Bryan loves playing the keyboard, and I am pretty strong lover of some stuff.

The one member who is still not quite sure about this lip synching thing:

But it’s okay because the Jovi and Richie still love each other at this point.

The Heart is a Lonely Frontman/No Man Is an Island redux:

Tico Torres is just pounding away and while his mullet is absolutely righteous, it’s pretty standard. But then you’re like wait…can that be…? And then he turns. 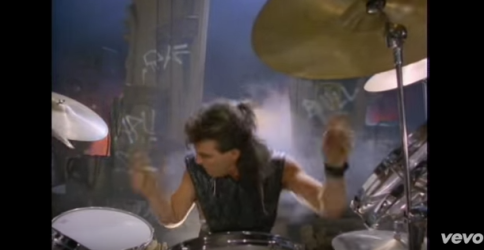 It’s blurry, but it’s there. A mullet-tail. In the wild. Defeating the entire purpose of a mullet. Tico. Sir. Sir.

After Elena destroys obstacles with fire (mostly some guys standing there with maybe crossbows), she finds her family and sees where they’re hanging out and is all, “Mom, Dad! It’s really you! But can I raise a practical question?”

And they’re like, grumble grumble, we don’t understand this archway either. 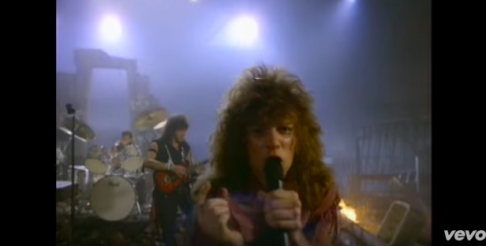 And then she changes clothes and is like, “Sorry, so glad to see you but I really do have a serious question.” And they’re like, okay, okay, what. She’s all, “But for real, are we gonna do Stonehenge tonight?”

And then they all live happily after for a few years as the world rebuilds itself, until Elena decides she wants to trace down her first love, only to find he’s moved on:

One thought on “When You’re Lost Out There and You’re All Alone, Bon Jovi’s Waiting to Carry You Home”