Song: “Rock You Like a Hurricane” by the Scorpions

Bob: We’re going to need a good concept with this one, fellas. A real game-changer. Any ideas?

Pete: Animals. We definitely need animals. Like a leopard or a panther or something.

Ted: How about both?

Bob: Both. Obviously. What else?

Ted: Women, of course. But like, animal women. Because themes.

Bob: We can’t neglect our themes.

Pete: Oh, hey, you know what I’ve always liked? Macbeth. With those witches around a cauldron? That’s pretty metal. There’s a real untapped mine of Shakespeare references in music videos if you ask me.

Ted: I’ve always been a fan of caves, myself. We really ought to consider caves. And space. Space caves. Just some tubes and stalagmites.

Pete: I think you mean stalactites.

Ted: Okay, but like what about a dude just like hanging from the ceiling by his feet? And then we just throw a cage around the women?

Pete: You don’t think that’s overkill? We’re talking about a song with the lyrics, “The bitch is hungry/she needs to chill/so give her inches/and feed her well.”

Bob:  Whoa whoa whoa. I think you’ve grossly misheard things. It’s “she needs to tell.” Tell. C’mon. Anyway, we can just put the cage around the band then. There’s probably a nice metaphor in that.

Pete: Solved. And then cut to some real wholesome looking teens. 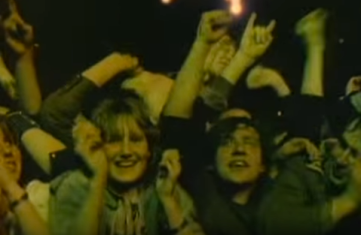 Pete: And they’re gonna bust through the cages, right?

Ted: Obviously. And what I’d really like to see is some inventive mic work. Too many guys going with the scarves or mic dancing these days. Surely there’s more that can be done.

Bob: And then we can put them all back in the space tubes. If we’re going to spend the money on stalagmites, we want to really get them in there.

Pete: So should we run it by the band and see what elements they want to use and go from there?

Bob: Are you insane? We’re using it all.

Pete: All of it? Won’t that be kind of disjointed? I mean, we’ve got jungle cats and animal women and Macbeth witches and cauldrons and space caves and stalactites and the wholesome teens and that one guy just hanging from his feet. Is it going to make sense?

They all burst out laughing.

Ted: Good one, Pete. You almost had me there. 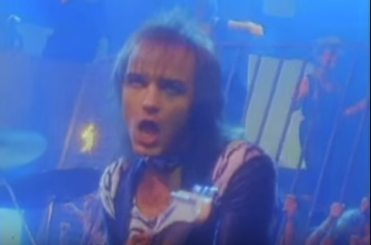 One thought on “Double, Double Toil and Sing”